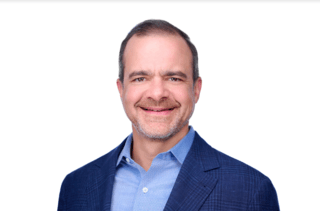 Jeff Wilke is Chairman and co-founder of Re:Build Manufacturing, a private company helping to bolster America’s industrial competitiveness by leveraging new technology in partnership with US-based customers and suppliers to create thousands of new American jobs in factories around the country.

Jeff retired as Amazon’s CEO Worldwide Consumer in February 2021. During his more than 21 years as a corporate officer, he led Amazon’s retail and third-party stores, fulfillment, logistics, supply chain, marketing, Prime, and technology teams. Jeff joined Amazon in 1999 to lead the buildout of global operations, and his operations team created the infrastructure and technology that led directly to Amazon Prime. Jeff led teams that launched Prime Video, Prime Now, Prime Day, Amazon Fashion, and many other innovations that are now part of the Amazon customer experience. Jeff also oversaw Amazon’s acquisition and integration of Whole Foods Market. He helped create Amazon’s corporate culture, processes, and mechanisms, including Amazon’s Leadership Principles, which codified the company’s unique DNA for generations of leaders. He brought to Amazon a playbook with principles and processes from manufacturing, including Lean and Six Sigma, and corporate processes such as the HR mechanisms that shaped how Amazon evaluated and grew talent.

Prior to Amazon, he was vice president and general manager of pharmaceutical fine chemicals at AlliedSignal (now Honeywell). He spent the preceding six years in a variety of operations and general management assignments in the chemical, polymer, and electronics industries. He began his working career writing code and managing software development projects at Andersen Consulting (now Accenture). Jeff is a 1993 graduate of the Massachusetts Institute of Technology (MIT) Leaders for Global Operations (LGO) program, where he earned an MBA and an S.M. in chemical engineering. He served as the chairman of the governing board for LGO from 2010 through 2020. He also holds a BSE degree in chemical engineering, summa cum laude, from Princeton University.

Jeff is an active philanthropist, principally through the Wilke Family Foundation. He and his family support work in education, food and housing security, the arts, and biotech research. Jeff devotes significant time to mentoring startup founders who identify as female and/or People of Color. Jeff was born and raised in Pittsburgh, Pennsylvania. He spent many evenings as a teenager writing code, and he currently serves on the board of Code.org. Follow Jeff at twitter.com/jeffawilke.