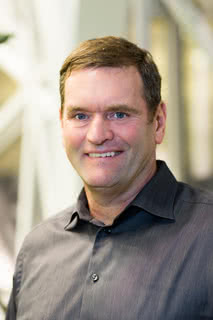 Dave Treadwell has been an executive in Amazon’s retail business since 2016 and a member of the Amazon’s senior leadership team since 2020. His team builds and operates the technical foundations of Amazon’s website. His organization innovates in the areas of ordering, product catalog, and novel delivery systems including the Prime Air drone program and Scout delivery robots. The organizations’ foundational systems enable teams throughout Amazon to relentlessly invent on behalf of Amazon’s customers while maintaining customer privacy and security.

Prior to joining Amazon, Dave worked at Microsoft for 27 years, where he led and made key contributions to many of Microsoft’s platform and services teams including Azure Active Directory, Windows 10, XBox One and 360, Windows Live, the .NET Developer Platform, Visual Studio .NET, WinSock, Internet Information Services, and Windows NT.

Dave has been a tinkerer since a young age, starting his coding education by writing BASIC on his grandfather’s TRS-80. He earned a bachelor's degree in electrical engineering from Princeton University in 1989, and joined Microsoft as a software engineer later that year. He is married with three sons and enjoys photography, bicycling, and wake surfing with his family.